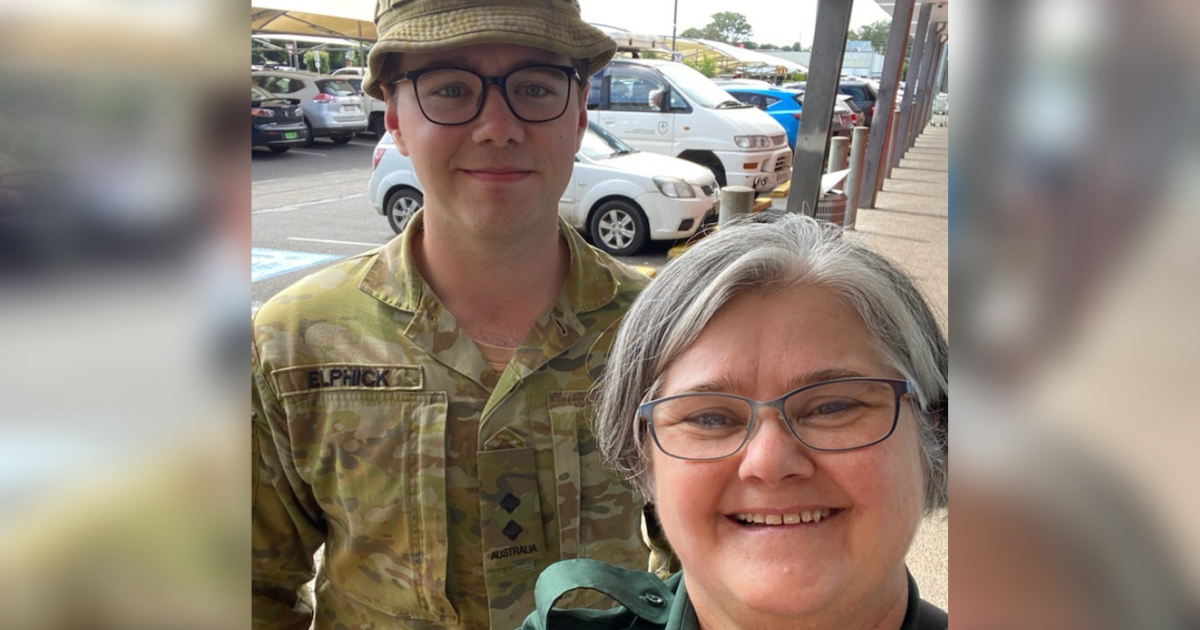 St John Ambulance ACT volunteer Karen Elphick was quick to raise her hand to help support victims of the NSW floods. She put on her St John uniform and joined a team of close to 30 volunteers from the ACT and Tasmania travelling to flood-affected areas to provide emergency first aid and mental health support to communities in need.

Meanwhile, her son Lieutenant Timothy Elphick was also putting on his green uniform ahead of his deployment as part of the Australian Defence Force’s Operation Flood Assist.

Lieutanant Elphick, who deferred paramedic studies to serve in the Army Reserves, was nearby in Lismore. Before commencing her first shift, Karen found where her son was located and popped in to say hello. “I had never seen him working while in uniform and being in the same location for flood assist was a great opportunity. As any parent will tell you, I am proud of his work.” 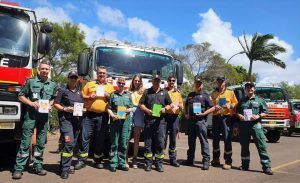 The teams, who provided support from 13 – 27 March, treated 1000+ locals suffering a range of injuries from small sprains, dislocations and cuts through to much needed mental health support. At Casino Hospital volunteers also assisted with the COVID Unit, ensuring patients didn’t spread the virus to others in recovery centres.

Lifelong St John volunteer and Senior Australian of the Year 2022, Val Dempsey, who was deployed twice in two weeks at the Mullumbimby Recovery Centre and Lismore Base Camp, told ABC Breakfast “The biggest injury is of the heart. Not their spirit, but the broken heart.”

While on deployment, Val met with David Elliott Minister for Veterans and Transport, Federal Member for Lismore Janelle Saffin MP, RSL NSW President Ray James and RSL Australia CEO (and St John Ambulance volunteer) Phil Winter. They visited the Lismore Memorial Baths which is the home of the City of Lismore RSL sub-branch and was badly damaged in the floods.

Parts of northern NSW were devastated by floods which caused widespread damage to more than 3,600 homes. The request to support the flood recovery came from St John NSW. It’s not the first time cross-border volunteer teams have mobilised in times of disaster. St John ACT sent teams to fire-affected communities on the NSW South Coast and Cooma to support victims of the 2019-2020 bushfire crisis.